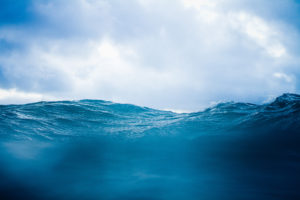 The Lord lamented
the corruption so present
widespread across the earth,
He was determined
to have people set apart
pursuing righteousness
a people after
His own heart,
there was only one,
Noah.

Instructed to build an ark
a container to contain
the mighty power of the Lord
and the waters
which would baptise the earth
cleansing from its surface
the stains of a people
bent on wickedness,
for a second time
creation paid the price
for man’s fall.

He gathered his family
and a family from each
and every kind of creature
that roamed the land,
a male and a female
of every living thing
entered the ark with him.

Forty days and nights
the heavens roared
and the rain poured
soaking the land,
the springs of the deep
the great waters burst forth
covering the face of the earth,
higher and higher the floodwaters rose
up to the mountain tops
and all life outside the ark
was swept away.

But God remembered Noah
and the cargo of the ark
creation preserved
within a wooden box,
He sent a wind
and the waters receded
the floodgates were closed
and the rain stopped,
steadily the water level dropped
the ark finding rest
on the mountains of the north.

The earth now bathed
and cleansed once more
from the corruption of the people
with the promise from God
that never again
would all life die
consumed by a multitude of water,
words guaranteed
by the colours of the sky,
receiving blessing from God
mankind’s commission reaffirmed:
‘Be fruitful and multiply’.

But Noah took fruitful too literally,
planting a vine
and consuming it’s wine
he became intoxicated,
the righteous one
who’s unrighteous act
was taken advantage of
by his son.