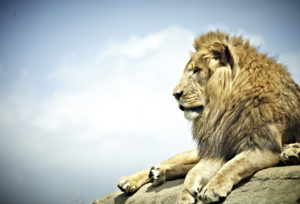 The carers of the garden,
entrusted guardians
there were two,
Adam and Eve.
Able to eat the fruit of any tree
except one,
for if they ate of this fruit
they would know things
that only God knew
and they would no longer be free.

But this tree caught their eye
and they believed the lie
of the crafty snake,
‘Did God really say?’
They believed there was another way,
besides the one they walked with
in the cool of the day.

See they were already like God,
made in his likeness
carrying His form,
but they traded what they knew
for what they didn’t yet know,
their eyes now open
when they never were closed.

They heard the sound of His voice
the roar of the Lion,
and they were afraid
of the consequences of their choice,
fear created in that moment
because of the decision they made.

They hid amongst the trees
hoping this was just Autumn,
but the Lion found them.
Adam blamed Eve
it was she who was deceived,
but he was in charge
and she was his responsibility.

Adam gave his authority to another
to the serpent that deceived them,
but the Lion promised Eve
“Your offspring will defeat him.
He will crush its head,
but his heel will be bitten.”