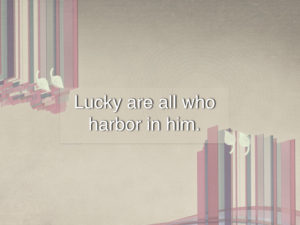 Tell me why the nations scheme!

Why do the citizens scam with pride?

“Splinter their chains,” they say

“And shatter their shackles.”

The Lord sneering at ants on the floor

Red-faced, he chides them

and they scurry away at his voice

On Zion, holy mountain of mine.”

I’ll pass on the Lord’s decree:

He told me “You are my Son

I’ll make the nations your estate,

earth’s boundaries yours, if you wish.

With an scepter of steel you’ll rule them

Smashing them as pottery dishes.”

Mull it over, you kings

and heed the warning

Serve the Lord with fear

And tremble in rejoicing.

Kiss the Son, appease his anger

Or be laid to ruin along your path.

For his wrath’s smoldering, ready to spark.

Lucky are all who harbor in him.