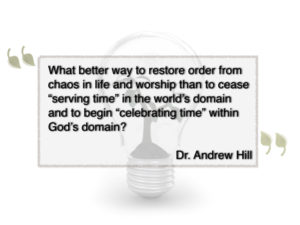 The Advent Season is officially upon us and the marker that begins the historical “Christian year.”

The succession of events is ordered independently from the civil calendar, although the church-year dates are reckoned according to the Julian calendar for the sake of convenience. The beginnings of a liturgical calendar in the Christian church can be traced to the third century A.D. The key events of Jesus Christ’s life and redemptive ministry are highlighted, beginning with the Advent season pointing to the Christ-event and the Easter cycle of time.  Eventually, over the centuries, the church year grew by accretion to include a complex rotation of Christian seasons and festivals.

Solomon’s temple was a lavish reminder that, through the Mosaic Law, God ordered Hebrew worship according to set times, days, and seasons. In fact, King Solomon’s letter to Hiram, King of Tyre, requesting aid for the building of the temple, mentions the four cycles of time appointed for Hebrew worship (2 Chron 2:4). This included daily worship in the morning and evening sacrifices (Exod 29:39), the weekly observance of the Sabbath (Exod 20:8-11), a monthly sequence (in the New Moon festival, Num 10:10), and an annual worship cycle (e.g., the three pilgrimage festivals, Exod 23:14-19). Since the early church was comprised predominantly of Jewish Christians, these time cycles of Jewish worship naturally became part of the New Testament record of Christian worship (see Acts 2:46; 3:1; 12:14; 20:7).

The purpose of the Christian year is to sanctify time within the yearly experience of church life, bringing the realm of time under the domain of God’s rule. The celebration of Christ’s life, teaching, death, resurrection, ascension, and sending of the Holy Spirit is intended to bring spiritual renewal to the church through the telling and reliving of the paschal mysteries.

Due to abuses that crept into the observance of the church year in the medieval period, the Reformers largely abandoned the practice. Today, many traditions of the Protestant church are rediscovering the value of the church year for telling God’s story in worship and for integrating Christian faith and daily life.

The common denominator between the Christian church year and the OT Hebrew religious calendar is the ordering of time according to a redemptive pattern.  The OT religious calendar was linked to redemptive events in Israelite history, especially those connected to the Hebrew exodus from Egypt (Deut 16:1-17; cf. Lev 23:33-43). The Christian church organizes its liturgical year around the Incarnation of Jesus of Nazareth (Matt 1:18-25) and the Christ-event, the death, burial, and resurrection of Jesus the Messiah (Matt 26-28).

The two liturgical calendars also share the idea that the annual cycle of “festival time” is another way for the people of God to experience the restoring of “order out of chaos.” In the biblical world, the feast was understood as a way to bring the divine order established in creation to the disorder and upheaval of the fallen world. So, in one sense, the festival cycle of liturgical time overturns the world and recreates it according to the model of God’s original design for creation.

Robert Webber called for the Christian church to find a place for “commemorative time” by observing the Christian year in some fashion. His threefold rationale included:

I would simply add that experiencing commemorative time by observing the Christian year brings perspective and synthesis to “clock-time” (i.e., chronos) through the celebration of “event-time” (i.e., kairos, moments of time and special occasions).

What better way to restore order from chaos in life and worship than to cease “serving time” in the world’s domain and to begin “celebrating time” within God’s domain?