Easter is one of the big ones.  Every church across the nation is in the midst of preparations for their own Easter services.  Every pastor combing over page after page of sermon notes, volunteers are planning egg hunts, and worship leaders are piecing together setlists.  There is so much detail to pay attention too that I feel my head may actually implode at times.  It can all stack up and completely exhaust us weeks before the actual service.  So how do we “get our heads in the game”?  How do we make sure that our hearts are charged, refreshed, and positioned? 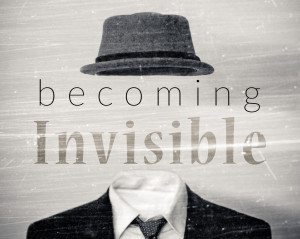 I read a book a little while back by an incredible worship leader and songwriter named David Binion.  David wrote a book called “The Invisible Worshiper” and, to put it bluntly, it wrecked me.  This book made me realize that my measure of success has been totally tilted wrong for years.  literally YEARS.  So lets take a look at just a couple details taken from David’s book and apply them to our preparations for Easter.

“And David danced before the LORD with all his might. And David was wearing a linen ephod…”

There have been many, myself included, that remembered King David dancing his clothes off in this passage of scripture when, in fact, he chose to wear a linen ephod. I believe he chose this attire for a very specific purpose.  You see, a King in those days would have been adorned in clearly royal clothing.  It would likely have been made of very expensive fabrics and colored in bright bold purples, gold, and other pricey dyes.  King David would have been very easily recognized as the royalty that he was.  His garments would have immediately reflected his identity.  But what could really be wrong with the people of Israel recognizing King David there in their midst?

David was a man after God’s own heart and knew that the victory and blessing they had been given were not of his doing.  He knew that all the glory and honor belonged to God.  With that in mind, and the fact that he passionately loved God and genuinely desired for God’s people to love and worship Him… What if King David, by choosing to remove his royal clothing, was actually choosing to remove his identity?  What if he was shedding the royalty, placed there by God, in order to become invisible before the people so that their hearts and focus would remain on worshipping their creator and not their king?

As I’ve been doing my own preparations for Easter I’ve gone back to this book and began spending time dwelling on what it means to be a truly invisible worshiper.  I think most worship leaders know that there are certain words, songs, lyrics, and motions that can cause the congregations we serve to “emote” a response.  Emotion isnt a bad thing, but if we are measuring our success on an emotional scale we will begin to see something that we already know is there but often forget while we’re on stage in the midst of the music.  We are flawed.  There will always be a level of emotion that we lead with, its something we wont ever be able to hold back because it is a part of the worship experience.  But what if we led by just worshiping.  What if we left out all the fluffy words we could use to stir up an emotional response.  What if we began to focus on removing our identity?  What if we became truly invisible?

I wish I could tell you that I have a step by step instructional Youtube video that will walk you through becoming an invisible worship leader but I cant.  This is still a relatively new adventure for me and I simply wanted to share it with you.  This is my encouragement to you…

What can you do to begin the process of becoming an invisible worshiper?  How can you apply this to your preparations for Easter?

What are your thoughts on what it means to be an invisible worshiper?

Zach and his wife, Sarah, have been married for 4 years and have a beautiful 2 year old daughter named Cora. He currently works at World Vision building relationships with churches all over the nation. He also teaches vocal lessons at Live Music Academy in Federal Way. When Zach isn't spending time with his girls (watching Disney movies or having tea parties), you can find him reading anything with lots of adventure, watching superhero movies and scouring the interwebs for musical goodness. He may also be a coffee addict...but has yet to admit to anything