A new series on Christmas Songs on davidlindner.net

Home » Headline » A new series on Christmas Songs on davidlindner.net

I have been going through a series on www.davidlindner.net that I wanted to share with all of you. It’s called 25 days of Christmas songs, where I’ve chosen a song or two (or three) for each day and talk about the stories behind the songs as well as some of the reasons I love them!

The reason I wanted to share it with you, is because it can be a nice little transition to share a short piece of history behind the song during a Worship Service. Sometimes, you need just something short to say in between two Christmas songs, and it’s not always easy to come up with what to say. So, you could just take some of the story behind the song, and share that as a transition. 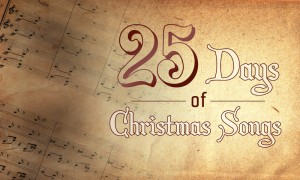