Lead Now, or be led 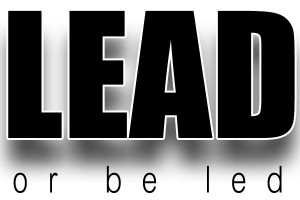 I’ll be the first to admit, leading is hard. And when you have to always be leading, it’s hard to always lead. You know what I mean. Sometimes it would be nice to just let it be, but we’re leaders.

As you may (or may not) know, I’ve recently moved into a new leadership position. I’m in a position that hasn’t had a full-time person leading for quite some time. There were some part-timers doing parts of my role, but mostly maintaining what had been done, to no fault of their own. (Having just come out of a part-time role, I fully understand you can’t always be moving forward.)

What I’m experiencing is, in many ways, the various aspects of worship ministry have been drifting. That’s what happens when you have volunteer leaders over a part of the ministry, but no one over the whole. And, metaliterally (yes I just made that word up) I’m finding myself doing the splits.

However, that said, I’m extremely excited about the future of Worship Arts at the Vancouver First Church of God. But that doesn’t mean things are going to be easy.

I’ve found myself in some situations where I have to remind myself of this truth. Lead now or be led. I believe God has called me to this specific role at this specific church. And since I believe that, I also believe he wants me to be the leader of this ministry, otherwise He wouldn’t have brought me. I also believe that God has you in your role.

If my premise is true, that God has placed us in our roles, then we are the ones to lead. We can’t let the loudest voices lead, simply because they are loud and domineering. Loud doesn’t equal Lead.

Here’s the thing about all this. Every time we let someone lead us because their personality is stronger than our own we become the followers not the leaders. Hear me clearly, we are the leaders. That doesn’t mean we don’t have leaders on our teams whom we are training and empowering to lead, but that doesn’t mean we never lead. God has put us in our roles because He has a plan he want US to put in place.

Leadership is not personality. We cannot allow those with dominant personalities to lead because of their personality. They may be dominant, but they may also be dumb.

People need leaders, humble leaders. Since God has placed us in this role, we must lead.

If you’ve allowed yourself to be led for quite some time, but you must begin making choices and charting a path of leadership. It will be difficult, trust me I know. But you will be much happier down the road if you do it now. If you don’t, at some point down the road you will find yourself in a ministry that you don’t recognize. That’s because it isn’t your ministry anymore.

So, feel empowered. God has you where you are for a reason. He has created you and the church you serve. He has put you together for this time. So lead.

Lead now or be led.