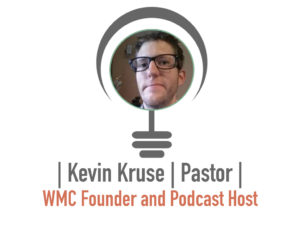 For the past nine years, Kevin Kruse has been the Worship Pastor at Laurelwood Baptist Church in Vancouver, WA. Kevin began serving in music ministry at the age of 13, where by ninth grade he was leading the worship music with the Jr. High youth band and regularly playing on the Sunday morning worship team.

Kevin went to Multnomah Bible College in Portland, OR where he received a double major in Bible/Theology and Music Ministry. Additionally, he met his wife Melanie while attending Multnomah. The two have been married for 11 years and have two daughters: Callie (7) and Hailey (5). While at Multnomah, Kevin was a member of the worship band, forgivenmuch, which traveled all over the Pacific Northwest leading worship at camps, conferences, and youth events.

Kevin is passionate about training and raising up other leaders within the church.  One of his greatest joys is working with middle school and high school age musicians and getting them involved on the Sunday Worship Team.  Allowing others an opportunity to lead, serve, and develop their gifts is true blessing for Kevin.