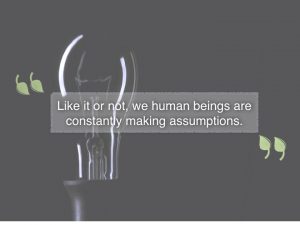 A few weeks ago, I was with my friends Royce and Jhonny across from a resort entrance in the Dominican Republic. Here we were in our flip flops and bathing suits, holding our towels and backpacks, standing on the side of the highway waiting for a public bus. We might as well have painted a target on our backs. TOURISTS! Though he doesn’t look like it when he is with me, Jhonny is Dominican. And though I am not Dominican by birth, I tell people I definitely have some Dominican on the inside. I do not consider myself a tourist in the Dominican Republic. It is the place on earth that feels most like home to me. Besides, I had done my research. (I asked a lady who was also waiting on the side of the road how often the buses came by…and what the current fare is. Insider information is extremely helpful. Don’t go anywhere without it!)

So, here we are looking like total tourists when an off-duty bus driver pulls up and asks where we are headed. I tell him “La Cumbre”. And he makes a face and says, “You won’t find any more buses headed there tonight.” Now, the lady next to me had just told me that buses would run that direction for another 2 hours. I knew immediately that he was just trying to set me up to pay an exorbitant price for him to take us where we needed to go. So, I said “Yes, we will.” He made another face and started off. A few seconds later, he circled back around for another try. Again he said, “You won’t find any more buses headed to ‘La Cumbre’ tonight.” I repeated, “Yes, we will,”  this time a lot more confidently than I felt it. And, rather than offering to take us there, he didn’t say another word, and just drove off in a huff. He was just trying to rip off some tourists, and when he realized that wasn’t going to happen, he was out of there in a hurry. Honestly, I felt a strange mixture of pride and frustration. I was really proud that I was able to foil this guy’s plan, and that he didn’t take advantage of me! But, I was also really frustrated that he tried to rip me off. More than that, I was frustrated that he had made assumptions about me. He assumed by the color of my skin, by the way I was dressed, etc. that I was an outsider and an easy target.

I have found that people make a lot of assumptions about me.

People assume that because I am a musician, I listen to a lot of music…and that I know every “famous” song and “popular” band. That is simply not true. I hardly ever listen to music. For some crazy reason, I have never owned a vehicle with a good-working stereo system. My car rides are often in silence. And music can be incredibly (and wonderfully) distracting to me. I hardly ever listen to music while I am working. I do not know a lot of the songs and bands that you would think of as popular. Don’t assume.

People assume that because I am a White American (yes, like the cheese!) I don’t speak any other languages. I don’t know how many times people have been talking about me in Spanish thinking I didn’t understand. Don’t assume that (because I am white and male) I have never lived as a minority. Don’t assume that my heart language is English. It may or may not be.

Like it or not, we human beings are constantly making assumptions. Some friends of mine with strong Southern accents say that people assume that they are less educated. Some other friends who are third-generation Asian say that people assume that they are an expert on all things Asian (culture, language, etc). I have a third-generation Mexican friend who says that people always assume that she speaks Spanish. (She doesn’t). Other second-generation friends of mine get frustrated that they always have to answer the question, “Where are you from?” And when they say “Chicago,” then they get these weird looks and maybe even the follow-up question, “Where are you really from?”

What assumptions have people made about you?

I am finding that conversation is a great alternative to assumption. Ask questions. “What did you mean when you said ______?” “Why is this important to you?” “What is your background?”