Psalms for Lent | Our Warrior King 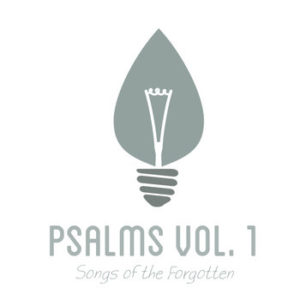 As Lent is the time for greater love, listen to Jesus’ thirst …’Repent and believe’ Jesus tells us. What are we to repent? Our indifference, our hardness of heart. What are we to believe? Jesus thirsts even now, in your heart and in the poor — He knows your weakness. He wants only your love, wants only the chance to love you.

Many churches from all denominations across the globe are entering into the season of Lent to prepare for Easter. Whether you observe LENT or not, it’s a season to prepare afresh to experience the death and resurrection of Christ. It’s a time to examine ourselves in relationship to others, turn from sin afresh, and ready ourselves to action toward the cause of the fatherless, the widow and the orphan.

LENT is a time for worship and mission, and the Imprecatory (songs of injustice), and Lament (songs of grief) Psalms remind us not only to worship the Lord and trust him in our own sin, struggle, and injustice, but to engage and bring the redemption of the gospel to those in need. Enjoy our musical rendition of Psalm 3 that focuses on God as a Warrior King.

What do you do when life falls apart? King David, one of the greatest song writer’s in history, under the inspiration of the Holy Spirit wrote a song about God’s Deliverance. Here’s what had happened to David:

When David sinned with Bathsheba and ordered the death of her husband, Uriah, David subsequently repented when the prophet Nathan confronted him. However, David’s sins set in motion a series of God-ordained devastating consequences. David’s oldest son, Amnon, raped his half-sister, Tamar. Tamar’s brother, Absalom, took revenge by murdering Amnon. Absalom fled into exile for several years, but later was permitted to return. But after his return, David refused to see his wayward son for two years. The resentment built and Absalom began to court the disgruntled people in the kingdom, offering himself as a more sympathetic leader than his powerful father was.

Finally, Absalom pieced together a strong conspiracy. David realized that to survive, he had to flee the capital immediately with all of his supporters and their families. All of his servants and their little ones hastily grabbed what they could and took off towards the wilderness. David followed them, weeping, and walking barefoot with his head covered in shame. To add insult to injury, a man named Shimei, from the family of David’s predecessor King Saul, came out as David passed by. He cursed at David, threw stones at him, and accused him of being a worthless man who had brought about his own downfall by being a man of bloodshed (these events are described in 2 Samuel 15 & 16)

It was David’s most traumatic, humiliating experience in his entire life. Everything that he had spent his life working for had suddenly unraveled. Many whom he had thought were allies and friends had abandoned him and sided with his rebellious son. And the most painful wound of all was the treachery and betrayal of Absalom. It brought home to David his own failure as a father. One son was murdered, a daughter was raped, and the murderer was now after his own father’s life in addition to his kingdom. Life was falling apart for David. What do you do when life falls apart?[1]

There are many in life struggling with their life falling apart. We must learn how to cry for Deliverance from the Lord. Let Garden City’s new album The Songs of the Forgotten help. This is a recording of 10 of the Lament (sorrowful) and Imprecatory (calls for Justice) Psalms.  Here is the first one on the album. King David wrote it during a time when his life was falling apart.

A Psalm of David, when he fled from Absalom his son.

1 O Lord, how many are my foes!
Many are rising against me;
2 many are saying of my soul,
there is no salvation for him in God. Selah[a]

3 But you, O Lord, are a shield about me,
my glory, and the lifter of my head.
4 I cried aloud to the Lord,
and he answered me from his holy hill. Selah

5 I lay down and slept;
I woke again, for the Lord sustained me.
6 I will not be afraid of many thousands of people
who have set themselves against me all around.

7 Arise, O Lord!
Save me, O my God!
For you strike all my enemies on the cheek;
you break the teeth of the wicked.

8 Salvation belongs to the Lord;
your blessing be on your people! Selah